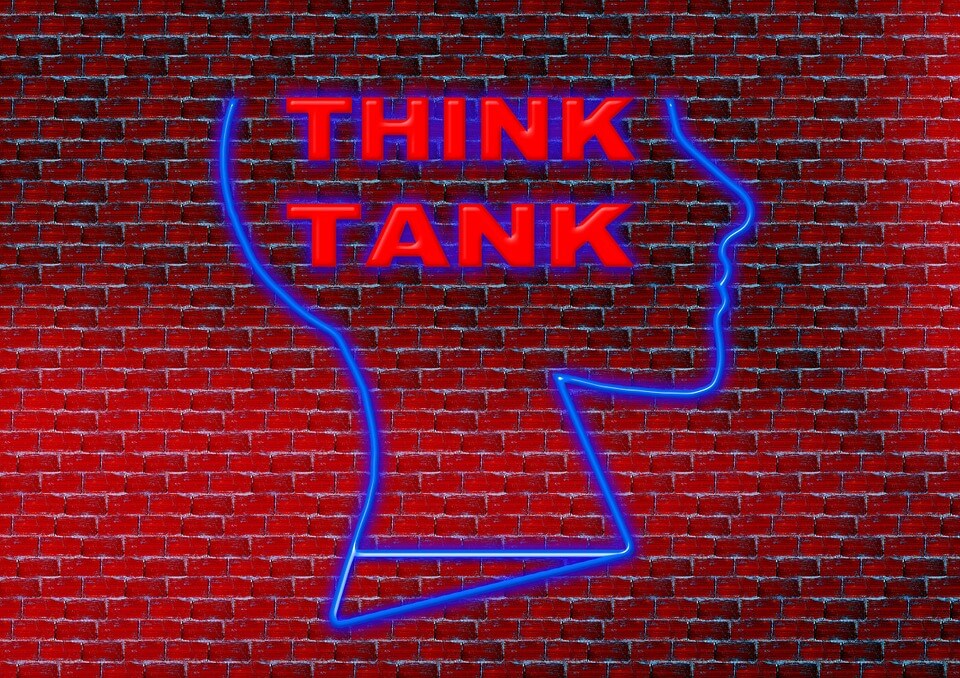 Solving the problem starts by having a conversation.

Clark and his leaders failed to create a culture of thinkers. In others words, the tactical issues have choked out the time for strategic thinking. The fix could be a candid conversation with the leadership team, production control or the cloud vendor. If Clark’s direct reports are not taking the lead to organize the think tanks, he needs to step up and start the initial conversation.

What is a think tank?

A think tank simply put, is a group of motivated people who are interested in solving problems. The Think Tank is willing to research, revamp process, and build culture to advocate change. This team is made up of change champions not chump nay sayers. They speak about the unspeakable and run towards discomfort zones.

The think tank is a major part of any problem solving initiative or Problem Management Process. Think tanks are very effective during the time of research, investigation and diagnosing the problem.

Below are 10 considerations that will help you organize your think tank:

If you have smart people give them some time to think.

A short biography of Antony Fisher (1915-88) as a think tank builder would include his founding of the Institute for Economic Affairs (IEA) in 1955, the Manhattan Institute in 1978, and the Atlas Economic Research Foundation in 1981. It should also include his role in the early stages of the development of the Fraser Institute and the Pacific Research Institute, as well as his early support for the National Center for Policy Analysis.

Throughout his life, Fisher wrote countless letters to businessmen and donors about the need for think tanks. These letters included lessons which are still valuable today. Fisher’s recommendations cover all of the areas described by Thomas Medvetz in Think Tanks in America, which says that think tanks occupy “a hybrid institutional arena” situated at the nexus of the political, academic, business, and media fields. Playing an important role in each of those fields, without becoming one of them, is the secret to their success. Antony Fisher knew this, and his many letters include ingredients for success.

Fisher placed a high value on managing think tanks like a business. Very few successful think tanks have been founded and led by academics. Fisher wrote, “To start, it is necessary to have a competent, business-minded president, whose job it is to organize the institute. He has to help the research director with his program, insure competent publication of whatever is produced, and then insure proper promotion through every channel.”

Of course, and Fisher realized this too, there are, and will be, exceptions to this leadership rule. One exception is John C. Goodman, of the NCPA. He has captained the think tank since its founding in 1983. Goodman complemented his academic talents with a business savvy board and a talented marketing expert. Another exception is Arthur Brooks, president of the American Enterprise Institute. Part of Brooks’ scholarly work, however, focused on non-profit management.

Running a think tank like a business must be partnered with rigorous academic standards and relevance. Fisher wrote that the research of a think tank, “has to be, and has to be seen to be, academic, and to that end, it is necessary to have an academic advisory board to help the research director.” Fisher further notes that, “The institutes provide an outlet for those academics who understand markets and can write suitable papers.” Fisher wrote these directions in 1981. In the last 32 years there has been a proliferation of new university-based centers and an increased number of scholars collaborating with think tanks.

Pay Attention To The Media

Early into his endeavors, Antony Fisher realized the importance of the media. In 1971 he wrote a letter to J. Howard Pew boasting that one of IEA’s publications, “was given a column by Henry Hazlitt in Newsweek and every copy of the book [The Free Convertibility of Sterling] was sold quickly throughout the world.” Pew, who died later that year, was the president of Sun Oil Company, chairman of the board of the Foundation for Economic Education and president of the board of Grove City College. Certainly the media has changed, and the Newsweek print edition is history, but earned media−having the publications of a think tanks reprinted by competitive and widely circulated publications−remains a relevant measurable outcome.

Stay Outside Of Politics

In the same letter to Pew, Fisher described the IEA as “a research and educational body completely outside politics.” As supporting material he included a copy of a book by H.S. Ferns that recommended the creation of private, independent universities in the United Kingdom. The book, which focused on a “politically impossible” goal, was signed by 102 academics. Fisher also included a description of the high-level businessmen and academics attending a trustee’s dinner at the IEA as, “evidence of the standing of the IEA as a non-political research group.” Fisher did not stop with politics. He also suggested that think tanks should not serve business interests either. When the president of one of Fisher’s think tanks hosted a program at the offices of a major corporation, he sent the president a strong, yet polite complaint.

Focus On Cause and Effects

Fisher emphasized the need to stay focused on policy not politics: “The publications are on issues and attempts to relate cause and effect. They never attack people. They are as independent as any publications can be. No attempt is made to try and say things which will please either politicians, businessmen, or anybody else the hope is that the reasoning is correct.”

Fisher promoted think tanks that focused more on research than advocacy, education or grass-roots efforts. As ideas without action are just ideas, it is natural, however, that some will target activism and implementation. Fisher was also trustee of the Adam Smith Institute which went beyond research and played an important role in advocating and helping implement several relevant reforms.

Through his work, dedication and ideas Antony Fisher quickly became one of the premier think tank builders of his time. He was a prolific letter writer and they were more than just friendly greetings or a pitch for donations. Fisher’s letters were packed with ideas on how to properly create, manage and build a successful think tank. Taking them as a whole, Fisher wrote a recipe for success.